8 Best Hybrid Cars for the Money 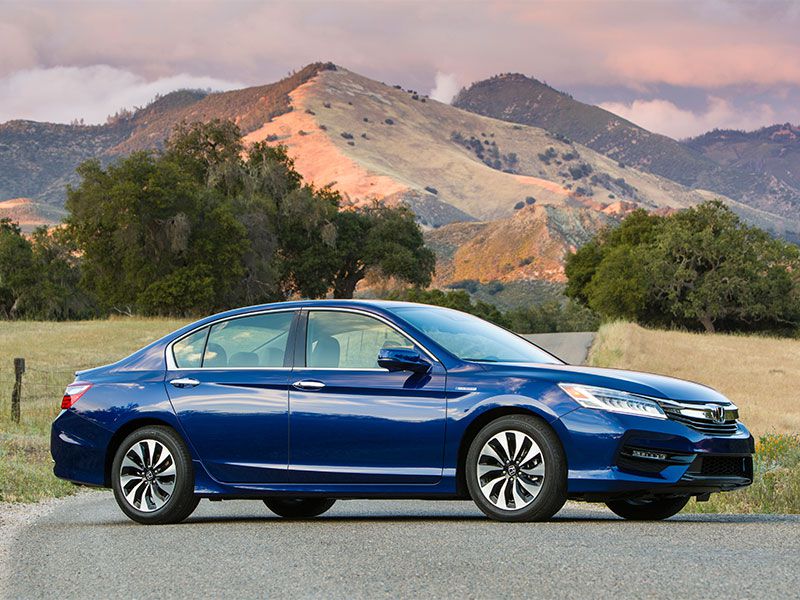 The best hybrid cars for the money should have impressive fuel efficiency marks and here Toyota Prius shines by offering impressive fuel-efficiency figures. The standard EPA ratings for the Prius are mpg city/50 mpg highway/52 mpg combined. The Prius Eco pushes these figures to 58mpg city/53 mpg highway /56 mpg combined. It also means significant savings on fuel cost over the years.  A well-equipped Prius can be purchased at an affordable price.

This item deserves the higher ranking if you are looking for best hybrid cars for the money. 2017 Toyota RAV4 hybrid offers value for the money. It has impressive fuel-efficiency marks of with EPA estimates of 34 mpg city/30 mpg highway/32 mpg combined. It shows hybrid version is 48% better in the city than a standard RAV4. There is more if these figures are not enough you to convince you. Toyota RAV4 achieves all those grades with electrically enabled all-wheel drive. Many safety features also come with this affordable vehicle.

If you want to purchase a midsize hybrid sedan that is also for the money you can try a 2017 Honda Accord Hybrid. Supported by Japanese’s automaker’s 2-mode hybrid propulsion system, the Accord can post impressive fuel efficiency ratings of 49 mpg city/47 mpg highway/48 mpg combined. With these impressive fuel-efficiency figures Honda Accord features daytime running lights, LED fog lights, rear light bar accents and a 10 way power adjustable driver’s seat.  Many safety features also come with 2017 Honda Accord Hybrid.

Hyundai is a popular brand that is known for its value. 2017 Hyundai Ioniq does not disappoint and is a good hybrid car for value. It comes with extensive standard equipment like a rearview camera, a 7-inch touchscreen, android auto and apple car play smartphone integration, active grille shutters, and Bluetooth. It returns impressive fuel economy figures of  55 mpg city/54 mpg highway/ 55 mpg combined.

Nissan Rogue is a popular crossover. It is also one of the best hybrid cars for the money. The rogue can save plenty of money to drivers in fuel costs. It offers impressive fuel efficiency ratings of 33 mpg city/ 35 mpg highway/34 mpg combined.

2017 Toyota Aqua (Prius C) has an edge over the other hybrids for the money. It is a good package at a reasonable price. It comes equipped with many safety features. It offers impressive fuel economy rating of 48 mpg city/43 mpg highway/ 46 mpg combined.

Toyota Camry Hybrid has plenty to offer that makes it a good option to be called as one of the best hybrids for the money. It can be seen in the price as Camry can be purchased at a lower price than Honda Accord. Car’s standard equipment like 8-way power-adjustable driver’s seat and Toyota’s Entune multimedia technology is also makes it a desirable car. It has impressive fuel-economy rating of 42 mpg city/38 mpg highway/40 mpg combined.

Some readers may not be familiar with Kia Niro, but it is one of the best hybrid cars for money. It offers excellent fuel-efficiency ratings of 52 mpg city/ 52 mpg city/49 mpg highway/50 mpg combined in FE trim. It offers a rearview camera, Bluetooth connectivity, a 7-inch color touchscreen, a 7-inch color screen and Android Auto and Apple CarPlay smartphone-integration. It is laden with plenty of technological features.