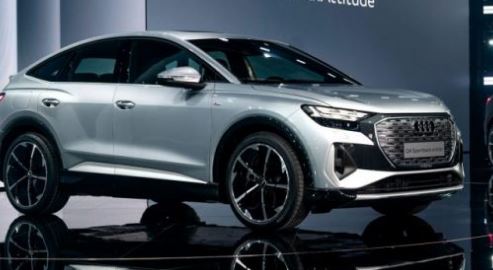 Audi Q4 e-Tron Features, Price and Specification has been Announced

Luxury brand Volkswagen Audi is expanding its all-electric portfolio in the US with the addition of two new battery-powered models, the Q4 e-Tron and Q4 e-Tron Sportback. The Q4 e-Tron is also based on Volkswagen Group's MEB platform, which also supports VW's new ID.4 SUV. The entry-level Q4 40 e-Tron will come with rear-wheel drive and a suggested retail price of $ 43,900. Other variants have a twin-engine installation. The all-wheel-drive Audi Q4 50 e-Tron Quattro is priced at $ 49,900, while the high-performance Sportback model is only available with an all-wheel drive starting at $ 52,700. The basic model Q4 40 e-Tron is equipped with a 150 kW synchronous motor. The more powerful version of the Q4 e-Tron is equipped with an additional 80 kW induction motor, which increases the total system power output to 220 kW. The single Q4 40 engine (rear-mounted) produces 229 lb-ft of peak torque and 201 hp. Thanks to the additional power-up from a second electric motor, the transmission of the all-wheel drive variant develops a maximum power of 295 hp and 339 lb-ft of torque.