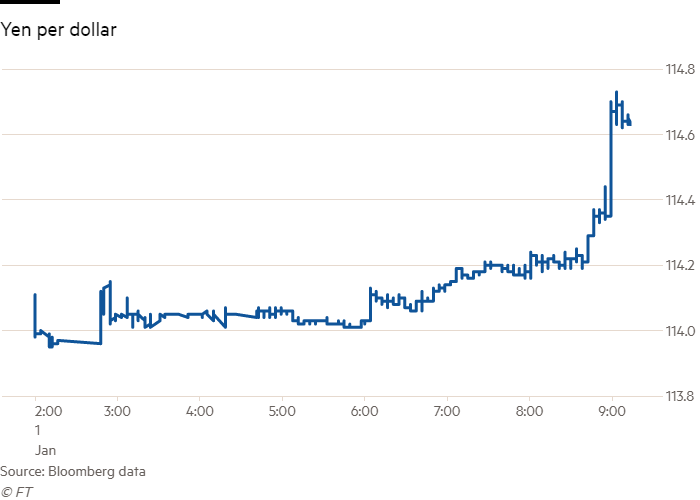 Japanese yen weakened as much as 0.6 percent on Monday against dollar after Donald Trump complained about the US-Japan trade relationship during his tour of the region. It is lowest for Yen since March.

The Yen touched an intraday low of ¥114.73 per dollar; it is weakest level since March 15. According to Bloomberg, Mr. Trump complained that US had experienced “massive trade deficits” with Japan.

Japanese yen weakened to six month low as Donald trump complained about US-Japan Trade. It is the lowest for Yen since March 15.